When Alexander the Great invaded Persian territory in 331bc, he was captivated by the grand scale of the Achaemenid palaces and their decoration. In the southwest region of the Persian plateau, the Elamite civilization, with its capital of Susa, had flourished since the fourth millennium bc, when its handmade ceramics were decorated with geometrical patterns (triangles, lozenges, crosses, concentric circles, and swastikas) and animal and plant motifs. Human figures were rarer and, although stylized, displayed a lively naturalism. In the second half of the third millennium bc, the kings of Elam went to war against Sumer and Akkad, and the influence of Meso-potamian culture is clearly visible in the statue of the goddess Innin (analogous to the Babylonian Ishtar) and in the production of stelae. A new phase of cultural autonomy marked the rise of the Elamite state (13th—12th century bc). The gracefully monumental bronze statue of Napir-Asu, wife of King Untash-Khuban of Susa, the ziggurat of Choga Zanbil, and the reliefs of Kurangan, which herald the figurations of the Achaemenid palace, are all significant manifestations of art from this period.

During the first millennium bc, the expansion of Iranian-speaking Mede and Persian peoples altered the political aspect of the region. The ephemeral Median Kingdom, with its capital of Ectabana founded in 722bc, was overthrown by Cyrus II the Great and came under Persian rule in 539bc. Cyrus, having overthrown Astyages, king of the Medes, laid the foundations of his future empire, the bounds of which would extend from the Nile to the Indus. Persian art continued in the great Mesopotamian tradition, inheriting its fundamental characteristics. Cyrus, Darius, Xerxes, and other Persian kings vied with the magnificence of Babylonian king Nebuchadnezzar in the embellishment of their main cities, Pasargadae, Susa, and Persepolis. The gates of the palaces were protected by statues of animals like those found in Mesopotamia, while Persian sculptors derived the bas-relief from Assyrian art. In 518bc. Darius I initiated the building of Persepolis, which was to become the hub of the Persian empire. Conceived as the symbol of universality, the focal point where heaven and earth met. the palace of Persepolis was decorated with reliefs and monuments proclaiming the power of the dynasty. The spacious throne room and reception rooms boasted parallel rows of fluted columns more than 20 metres (64 feet) high. The axial plan was continued throughout the palace, the pivot of which was the columned apadana, or audience chamber. Processions of dignitaries and nobles decorated the staircase that led to the great hall. The Persians had succeeded in transforming the dramatic force of their Mesopotamian models into a serene magnificence that was to be the hallmark of their art. In 331BC, Alexander the Great, following his victory over the last of the Achaemenid kings, Darius III, decreed the end of the empire and opened a new chapter in history: for the first time East and West were united under the rule of a single overlord. 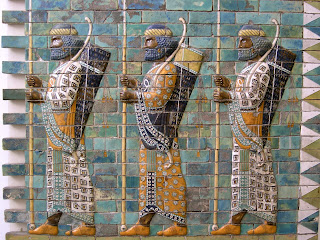 The cradle of homogenous yet diverse cultures. Mesopotamia nurtured a wealth ot native art forms that cast their influence well beyond the country's geographical boundaries. The city-states of Ur, Lagash, and Mari were established after the long protohistorical phase of the fourth millennium, during the Early Dynastic period (2800-2350bc). The theocratic organization of Sumerian (Southern Mesopo-tamian) society affected ever}' aspect of artistic activity. Architecture found its principal outlet in temples and sanctuaries. The temple, constructed of brick, was the city's religious and economic centre: adjacent to it were storerooms, workrooms, and administrative offices. A central courtyard, as in the temple or Sin at Khafajeh, was reached through a monumental entrance and up an imposing staircase. Plastic art gave pride of place to the figure of the worshipper. Craftsmen produced statuettes in limestone, alabaster, and terracotta, endlessly repeating the image of a traditional, anonymous model. Ranging from small statues of gods, priests, and the faithful as found at Tell Asmar, to the naturalistic seated figure of the temple superintendent Ebih-il, statuary portrayed the act of dedication, symbol of the perpetual honour that must be paid to the divinity, thereby guaranteeing the eternal presence within the temple. The hands clasped against the chest, the rapt expression, and the large attentive eyes outlined in bitumen all proclaim a close relationship with the god in an attitude of humble reverence. The generally small dimensions, far removed from the colossal size of Egyptian effigies, are explained partly by the fact that such durable material as stone was hard to obtain and partly because of different religious beliefs: the power of the monarch was conveyed by the monumental nature of the overall architectural and decorative design. The Sumerians also made a number of seals, which are examplary of their inventive fantasy, narrative flair, and lively realism. The seals were enlivened by rams and oxen and scenes of fighting animals. 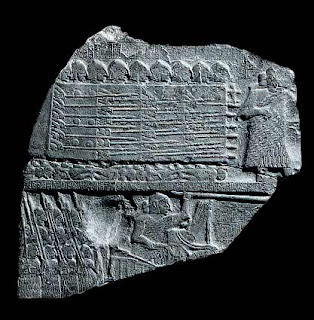 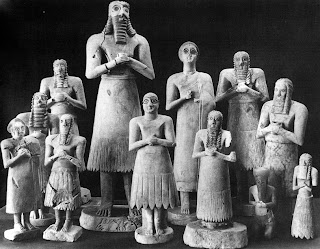 Title: Statuettes of Worshipers
Essential image: No
Artist: Unknown
Year: 2700 BCE.
Orgin: Square Temple at Eshnunna (modern Tell Asmar), Iraq
School/time period: Sumerian
Size: Varies, from 1' - 30"
Medium: Gypsum inlaid with shell and black limestone
Main Point #1: The statues represent mortals with their hands folded in front of their chests in a gesture of prayer.
Main Point #2: The eyes are very important. The purpose of these figures was to offer constant prayers to the gods on their donors' behalf. The open-eyed stares most likely symbolize eternal wakefulness.

Title: Warka Vase
Essential image: Yes
Artist: Unknown
Year: 3200-3000 BCE.
Orgin: Uruk (Modern Warka), Iraq
School/Time Period: Sumerian
Size: 3' 1/4'' high
Medium: Alabaster
Main Point #1: The first great work of narrative relief sculpture known.
Main Point #2: Shows a religious festival in honor of the goddess.
Essential Image info- The vase is divided into three bands, also known as friezes or registers. This was a break from the from the figure placement in earlier art. Artists use registers to tell a story. The lowest band shows ewes and rams, with crops and flowing water below them. The alternating male and female animals represent fertility, and the crops represent the blessing that Inanna had blessed them with. In the center band, it shows a procession of men carrying offerings to the goddess. These men are a composite of frontal and profile views, with large frontal eyes with a profile head. The way the artist shows the eyes is considered as a technique called conceptual, opposed to optical. The uppermost band illustrates a "goddess" wearing a horned headdress and a man referred to as the "Priest-king". The vase shows a man carrying a large basket full of offerings to the woman, commonly referred to as Inanna. Inanna and the Priest-King are noticeably taller than the offering bearers, which shows their greater importance (Hierarchy of Scale).
Neo-Sumerian PeriodAkkadian Rile ended with the invasion of the Guti (c.2150bc). Order was restored by the kings of the Third Dynasty of Ur, and central power returned to the south (c.2112-2004bc). Neo-Sumerian artistic activity consisted mainly of monumental religious architecture. One notable example was the impressive ziggurat of Ur-Nammu, which consisted of a system of superimposed terraces, at the top of which stood the temple dedicated to Nanna, god of the moon. Religious statuary, too, enjoyed a renaissance, recovering the strength and imaginative power of earlier Sumerian art. The effigies of Gudea, governor of Lagash, in the garb of a worshipper, seated or standing, are finely modelled in green or black diorite, a naturally smooth, shiny material. The conquest of Sumer by the Amorites led to the formation of a series of independent states, whose history is documented in the royal archives of Mari.
Posted by Theodoré at 9:55 AM No comments: 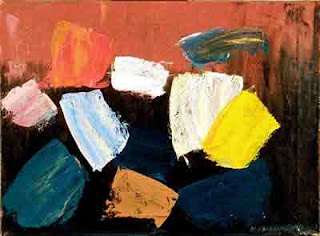 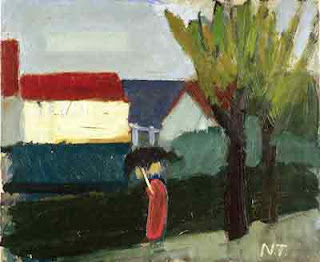 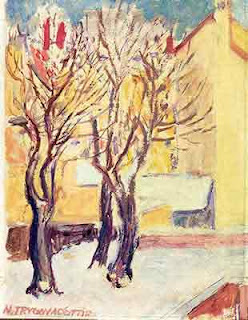 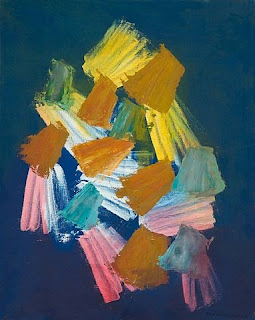 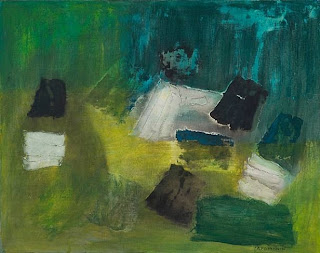 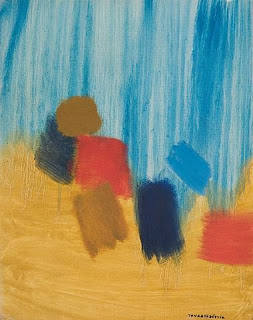 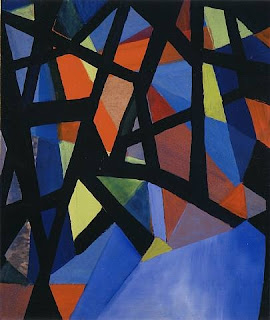 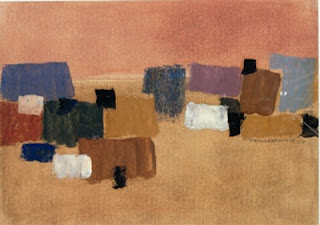 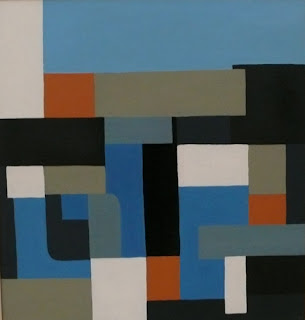